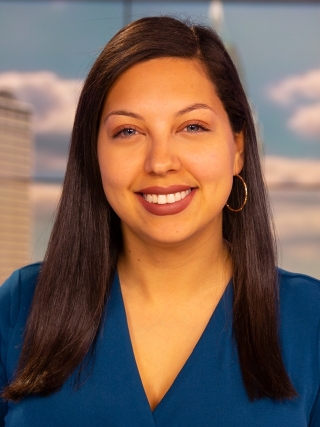 Rachael Wilkerson is a reporter for WPMI NBC 15 news in Mobile, Alabama. She joined the NBC 15 team in August 2018.

Prior to working at NBC 15, Rachael worked in Huntsville, Alabama where she started her career as a part-timer and worked her way up. She has worked nearly every position in the newsroom, in front of and behind the camera.

Rachael is a proud graduate of Troy University with a Bachelor's Degree in Broadcast Journalism with a minor in Spanish.

She calls Michigan City, Indiana her home as well as New Hope, Alabama.

She is excited to be on the Gulf Coast where she says the food is amazing and is happy to be here.

When she's not working she is sleeping, going out and exploring new restaurants, or shopping.

Rachael is dedicated to volunteering- feeding the homeless and mentoring young girls.

Rachael also has a passion for storytelling and believes every story is important. Please don't hesitate to reach out with story ideas.