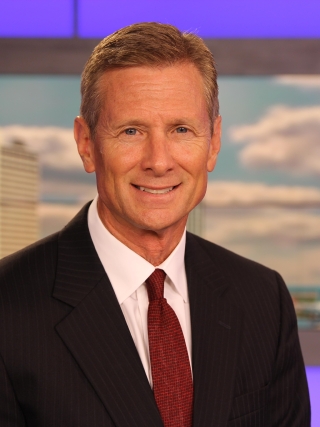 For most of the last 25 years, Lance Crawford has been delivering sports news to viewers on the Gulf Coast. He's currently in his second stint as NBC15's Sports Director and anchors sportscasts on NBC15 News at 6 and 10 p.m., as well as Local 15 at 9 p.m. on UTV44.

"Like many kids, I loved sports and did a little of everything, from football and basketball to soccer and skiing. In college I played football, tennis and ran track, but to be perfectly clear, I wasn't good at any of them," Lance says.

After taking a news writing course in college on a whim, Lance was bitten by the broadcasting bug. His first job was at a small television station in Chico, CA as a sports producer. It was part time and paid $3.69/hour.

"When the offer came I didn't hesitate a second before accepting it. It wouldn't have mattered if it was 50 cents an hour I would have taken it as I saw it as a chance to get in the business," Lance says.

His first on-air position was in Palm Springs, CA where he was able to cover major events like the Bob Hope Chrysler Classic and the LPGA Nabisco Dinah Shore golf tournaments. The NFL's Fastest Man competition as well as Lakers training camp and the California Angels spring training. From there he went to Medford, OR before arriving at WALA-TV in Mobile.

During his nearly 10 years there, Lance covered all the sporting events the Gulf Coast had to offer from the Alabama Crimson Tide's national championship in 1992 to the Alabama Deep Sea Fishing Rodeo. He was instrumental in creating the market's first 30 minute High School football highlight show.

Lance left Mobile for Comcast SportsNet in Philadelphia. An all-sports network that carried the Phillies, Flyers and 76ers games throughout the Mid-Atlantic Region. While there he anchored evening highlight shows, worked as in-game reporter during live MLB, NHL and NBA games and hosted various sports talk shows. He also hosted a Fantasy Football program that aired in Comcast markets across the country. In addition he covered a Super Bowl, numerous NFL Playoff games, NCAA Basketball tournaments and the NBA Finals. Lance was twice nominated for an Emmy award for sports reporting, winning the honor in 2007.

He returned to Mobile in 2008 as NBC15's Sports Director, a position he held for five years before stepping away to try his hand in television sales but eventually returned to his old job.

"I have a passion to tell stories about interesting people and exciting events. While I enjoyed my time in sales I felt like a fish out of water and always knew I wanted to return to broadcasting," Lance says.

When he's not at work Lance enjoys the gym, working in his yard or simply spending time with his wife and two children.