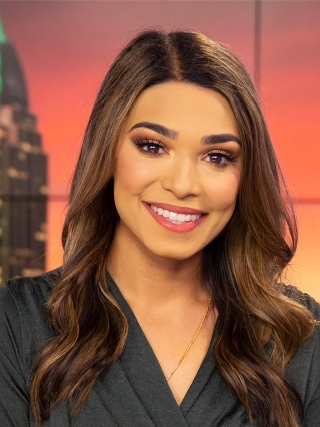 Jaysha Patel joined the NBC 15 team in July of 2019 as a morning news reporter. She is from Bradenton, Florida and is excited to start her reporting career here in the Gulf Coast!

She graduated from the Roy H. Park School of Communications at Ithaca College as a Journalism major and a Politics minor. Before moving to Mobile, she worked as an investigative news intern at CBS2/KCAL9 and KNBC4 in Los Angeles, California where she went undercover for stories.

Jaysha was also a child actor in Los Angeles appearing in a variety of commercials, movies, and TV shows. She transitioned into news reporting after she developed a passion for story telling while volunteering in countries all over the world.

She is extremely proud of her Indian heritage and grew up wanting to make a difference by representing her culture as well as Asian women in media.

Besides journalism, Jaysha’s interests include fashion, music, and cooking! In her free time you can catch her playing with her dog Raja, watching Bollywood movies, and trying out new food places around town!

If you have a story, don’t hesitate to reach out through social media or by email at jjpatel@sbgtv.com