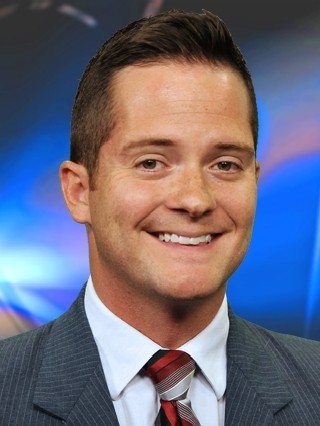 Cory Pippin joined the NBC15 News team in September 2016 as a multimedia journalist and reporter. As a Gulf Coast native, he’s thrilled to be back doing what he loves around family, friends and other wonderful people.

He comes to WPMI after spending more than a year at WPEC CBS 12 News in West Palm Beach, Florida. In that time, Cory covered huge national stories including the Pulse nightclub mass shooting in Orlando, the Austin Harrouff alleged cannibal double murder in Jupiter, Florida, as well as the ongoing algae crisis in the waterways of the Treasure Coast.

Prior to that, Cory was a reporter for the WLKY News in Louisville, Kentucky where he was blessed to cover the amazing Kentucky Derby and Oaks events.

As bureau chief for FOX 10 News in Pensacola from 2011-2014, Cory led coverage on a number of national stories including cleanup from the BP oil spill, Blue Angels Sequestration and Hurricane Isaac.

He graduated in 2011 from the University of South Alabama in Mobile with a degree in Communications. While in college, Cory interned in the Athletics Department and was part of the university’s inaugural years of FBS Division 1 football. Go Jags!

Cory loves movies, music, and sports. When he’s not working, you’ll probably find him out on the town or at the beach.

He'd also love to hear from you! If you have any story ideas, comments or things you'd like to see on air, feel free to send him an email at ccpippin@sbgtv.com