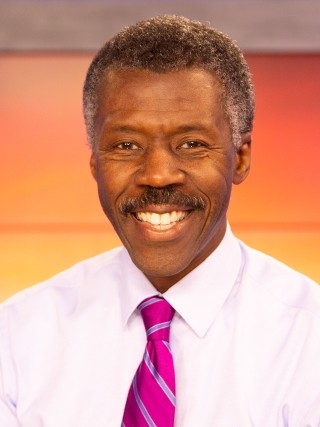 Alan Sealls is Chief Meteorologist at NBC15, WPMI-TV in Mobile. He’s been a chief meteorologist in Mobile for over 22 years. Alan not only holds bachelor’s and master’s degrees in meteorology from Cornell University and from Florida State University, but he also has professional certifications from the American Meteorological Society (AMS) and the National Weather Association (NWA). Alan is a Fellow of the AMS- a distinction held by a small fraction of meteorologists.

Alan is more than a TV meteorologist. He continues to teach weather broadcasting at the University of South Alabama, each spring. He also has written and produced 4 dozen weather videos used by educators in multiple countries. His work and weather photos have been used in research and in college textbooks.

Alan has won thirteen Emmy awards. He received "Best Weather Anchor" from the Alabama Associated Press Broadcasters Association 4 times, and best weathercaster in the state twice, from the Alabama Broadcaster's Association. Alan also won a best-in-state award for his retrospective on Hurricane Ivan. The AMS awarded Alan with an award for excellence in science reporting for a three-part series he produced on climate change.

In 2017, Reddit users voted him “Best Weatherman Ever”, during Hurricane Irma, after one of his weather segments went viral on social media. Lagniappe newspaper readers voted Alan as Best Meteorologist in Mobile, six years in a row. In 2019, Alan won the AMS Award for Broadcast Meteorology for a career of science education to the public and to his peers. He often is a panelist and presenter for national conventions. Alan has also received several community service awards in the last few years. He's been recognized as a history-maker in meteorology.

Each year, Alan reaches thousands of kids in dozens of school visits, showcasing science, and promoting excellence. Those numbers are recently lower due to Covid, but he continues his visits virtually and in-person.

Alan was the 2018 President of the National Weather Association. He has served as both a Councilor and a Board Chair for both the NWA and the AMS. He is a member of the Cornell University Earth & Atmospheric Sciences Advisory Council.

A native of Mt. Vernon, NY (suburb of NYC) Alan lives in Mobile with his wife, a broadcast engineer. Alan's hobbies include photography and golf.

The best way to CONTACT ALAN SEALLS is email alsealls@sbgtv.com