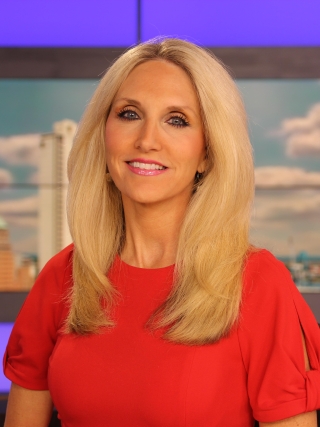 Kelly Foster is NBC15's Morning Anchor. Foster has worked as a meteorologist/anchor/reporter at NBC15 since 2001. Prior to returning to the Gulf Coast, she anchored WDAM-TV's highly rated Live @ Five newscast, and served as part-time meteorologist. Kelly also worked at WXXV-TV as a morning anchor.

Kelly won a first place Alabama Associated Press award, and was named Best Feature Reporter in the state. She has also been recognized by the Associated Press with a first place award for "best franchise" reporting. She has been awarded the American Meteorological Society's Seal of Approval and has also received the Seal of Approval from the National Weather Association.

Kelly's passion is Tropical Meteorology, having covered close to a dozen Gulf Coast landfalls, with direct hits from Major Hurricanes Ivan (Strong Cat 3, Landfall Gulf Shores AL), Dennis (Cat 3 Landfall Pensacola/Navarre Beach, FL) and Katrina (Strong Cat 3 Landfall LA/MS border). Prior to landfall, Ivan and Katrina were Cat 5 storms with Dennis at its strongest just under a Cat 5. She also experienced first-hand the aftermath and destruction from Ivan and Katrina, which are considered some of the most destructive hurricanes of all time.

Foster is a native of the Mississippi Gulf Coast, and is thrilled to be working in a market close to home. In her spare time Kelly enjoys spending time with her husband and children. Her hobbies include reading the works of Southern authors, playing tennis, singing, and boating.